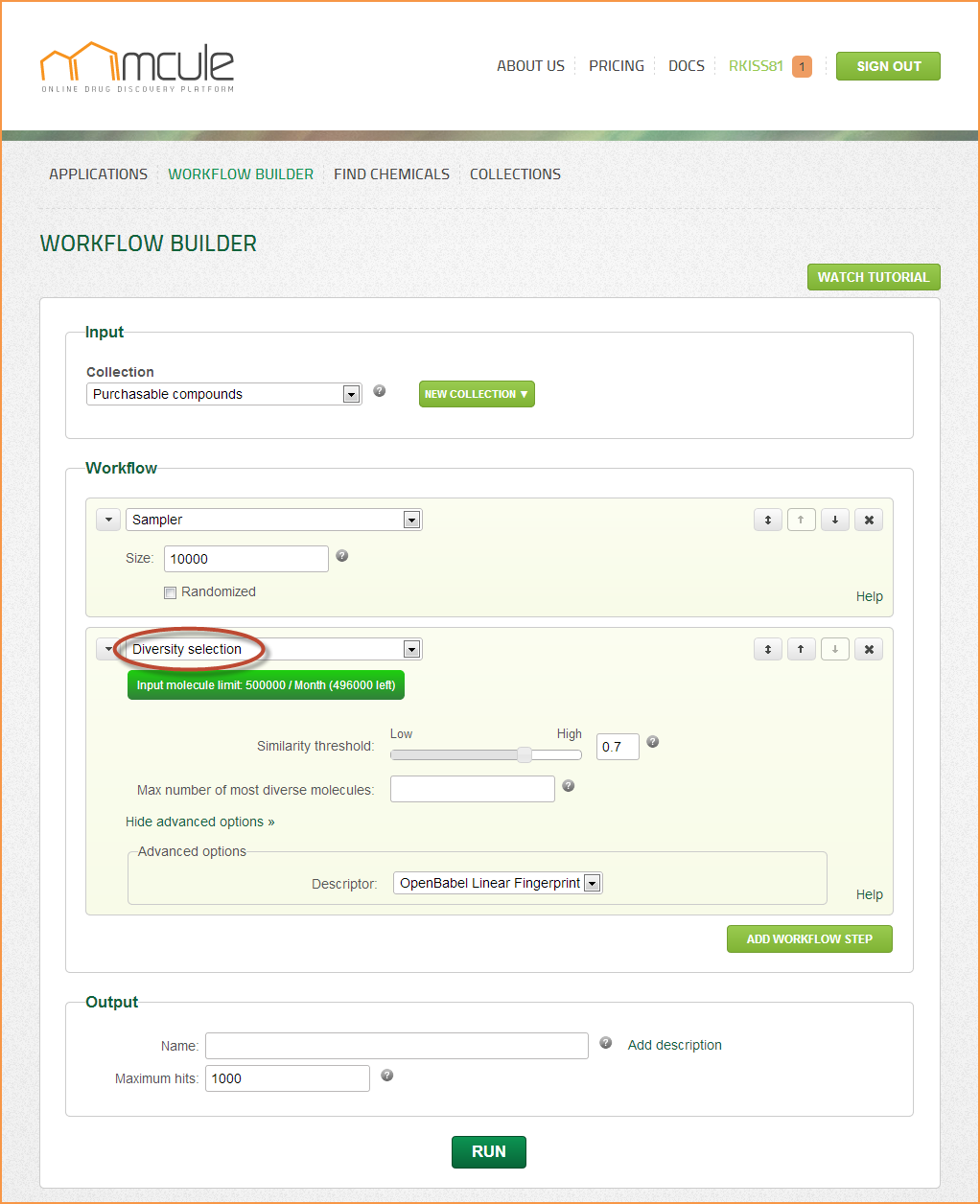 This filter selects the most diverse (dissimilar) molecules from collections by eliminating the closest analogs. Diversity selection reduces the size of the input collection and maximizes the coverage of the chemical space at the same time.

If you have limited experimental or computational resources, diversity selection is an unbiased way to limit the number of compounds to handle. Collecting compounds from different regions of the chemical space is an efficient strategy to maximize the diversity of the identified active scaffolds.

Using this filter you can either reduce the size of large (virtual) screening libraries, or select a diverse, representative set of your virtual hits.

No molecule pairs in the output collection can be more similar to each other than this number (Tanimoto coefficient).

Max number of most diverse molecules

The diversity selection algorithm will output this number of molecules or less (if the “Similarity threshold” is reached first).

Tanimoto coefficient, the most widely used similarity metric, has been implemented and used as similarity measure by default.