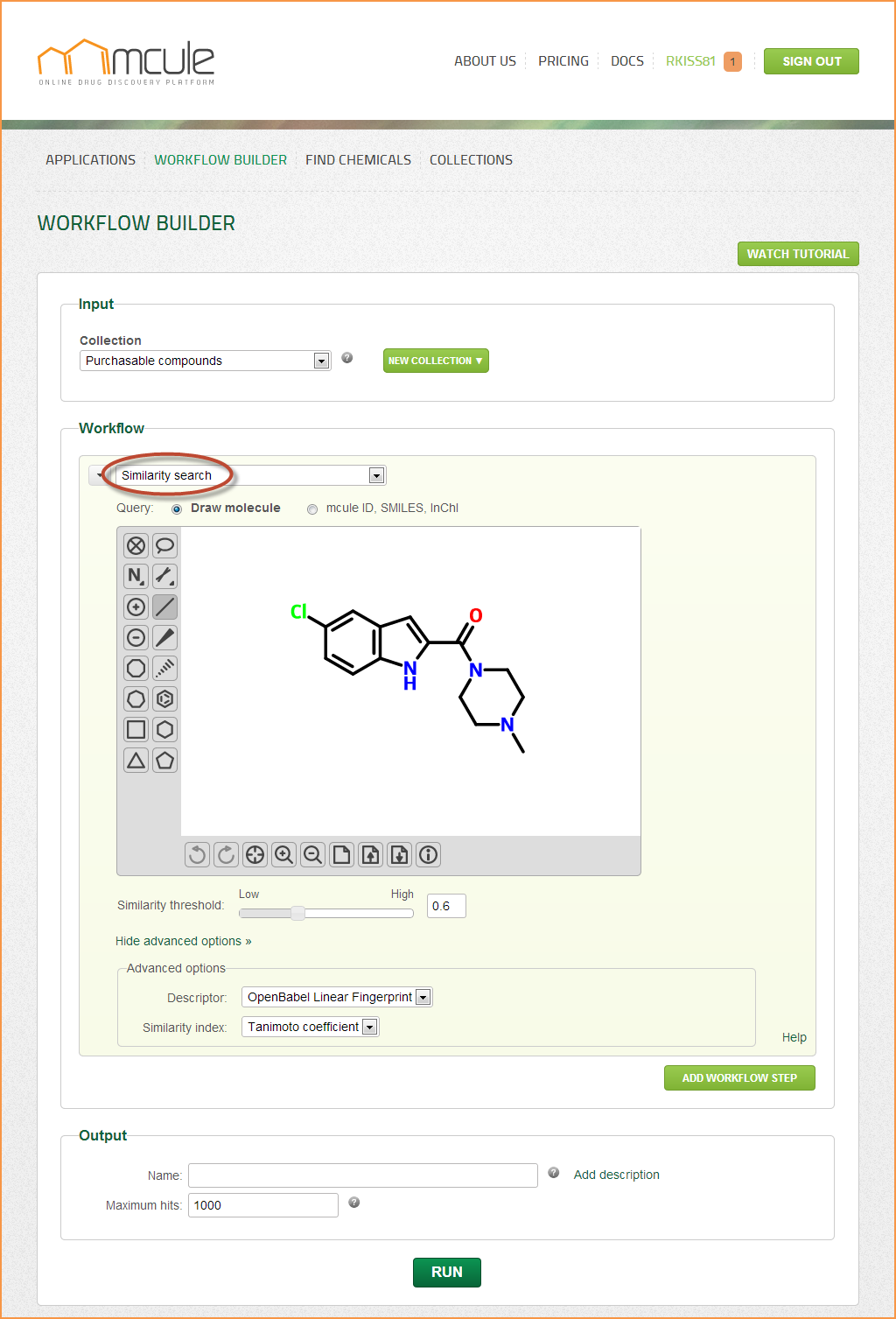 Similarity search is for finding structurally similar molecules to a query molecule.

Similarity search can be particularly useful for finding close analogs for a reference ligand or an initial hit identified by biological screening (e.g. HTS). Close analogs of actives are expected to show some activity (similarity paradigm) and they can be used to build an initial SAR (structure-activity relationship) around a scaffold.

Tanimoto coefficient, the most widely used similarity metric, has been implemented and used by default.

Queries can be drawn by the molecule sketcher, which can be hidden and reopened by clicking on the “Hide/Show sketcher” link. Queries can be also defined by entering mcule IDs, InChI or SMILES strings into the input field. 2D representations can be generated by clicking on the “Generate 2D” button. Note: If the “Generate 2D” button was clicked, the search will be performed on the generated 2D representation (2D SDF exported from the sketcher). If, however, the “Generate 2D” button was not clicked, the search will be directly performed on the mcule ID, InChI or SMILES strings coming from the input field. The results might be slightly different in these two cases.